Foam Technology and Oblique Impacts: Why Not All Foam Concepts Are Equal

Previous Next
Foam Technology and Oblique Impacts: Why Not All Foam Concepts Are Equal

Traumatic brain injuries (TBI) are a known result of rapid rotational acceleration on the human head. Rotational acceleration injuries are strongly correlated with oblique impacts, more so than linear ones. Reducing the incidence of TBI in automotive, sports, and military areas remains an important goal of engineers and clinicians.

One of the ways to explore solutions to TBI injuries problem is studying and improving foam. Different types of foam are used as cushioning and shock-absorbing material in cars, helmets, and sports gear. For example, while polyurethane foams are more widespread in sports helmets, different kinds like expanded polystyrene foams are sometimes used, depending on the intended application.

At Windpact we recognize foam’s potential to mitigate injuries, to improve our own products. So, we look at research like the one at the Department of Mechanical Engineering, Biomechanics Section at the Catholic University of Leuven who proposed a novel foam concept with high levels of anisotropy (i.e. pattern variability).

Here’s what they did and how this research helps us design better solutions.

Researchers operated under the premises that:

Anisotropy in foam layers of protective equipment possesses a greater capacity to mitigate the rotational acceleration of the head.

Single-layer expanded polystyrene foams (EPS foams, the most common in cycling helmets, rarely used in team sports) are good control conditions and can demonstrate the power of high-variability foam polymers.

Now let’s explore some details of the research team’s protocol, as well as the powerful applications of their iterative process in generating predictions in other areas of equipment design.

Anisotropy refers to variation in a material’s resistance dependent on the direction of the measurement. In other words, an anisotropic material is not uniform or equally strong when you apply force in one place or another.

The best way to illustrate this is the resistance quality of wood versus steel. Steel is equally strong no matter where you apply force. But wood is easier to split along its grain than across it.

Highly anisotropic foam layers have been studied for their ability to mitigate forces transmitted to the skull when inserted into helmets. The idea is that anisotropic foams, versus isotropic foams, will transfer reduced shear stress, which is strongly associated with rotational acceleration.

In other words, designing a foam sheet with a high degree of anisotropy makes handling the foam sheet difficult for helmet manufacturers. The reason is that the intricate shape of the foam sheet is often incompatible with the dynamic configuration of a helmet.

To address this problem, the team created four configurations of foam layers with anisotropy:

These various iterations have the advantage of providing more critical answers to the role of anisotropy on energy absorption and rotational acceleration. Despite being time-consuming, these physical models are invaluable for testing hypotheses of material composites on injurious forces.

What is an oblique impact, and how does it differ from other impacts?

An oblique impact is an event where two materials collide at an angle to the line of the impact; in other words, the impact is not “head-on,” as in linear impacts. Oblique impacts are devastating due to their increased potential for causing rotation. They occur more frequently in nature, which is to be expected; very rarely are head-on collisions truly head-on. Because of the complex nature of oblique impacts and the relationship between the angle of impact and foam anisotropy, researchers conducted a variety of impact tests that pitted the foams against different forces. In the above figure, a football helmet was impacted in the same location, at the same velocity, but at different angles of incident. The Center of Gravity impact was directed through the center of gravity of the head (direct impact), while the Non-Centric impact was an oblique impact. For example, while standard foams are generally designed for direct impacts, you can see that the Crash Cloud provides improved protection in both, and specializes in tuning itself to the specific impact.

Testing parameters were a composite of those used as individual outcomes, including:

The iterative process that guided their hypotheses isolated anisotropy as the independent variable, but it was extremely taxing on time and physical resources. These recommendations are well-informed but constrained by a handful of scenarios and configurations.

Performing experimental simulations can be expedited through intuitive predictive models, such as the kind Windpact engages in.

Physical iteration is a useful tool in designing models, but the cons sometimes outweigh the pros; creating multiple hard models each time to test a specific parameter can drain precious resources quickly.

Combine that with different experimental conditions like oblique versus linear, or shear versus compression, and it can make for a hectic design pipeline that lacks direction and specificity.

Windpact engineers recognize this negative aspect of the process, which is why we expedite parameter testing through a predictive model that characterizes our role as a PaaS (Platform as a Service). Running informed simulations through this model is similar to the multiple replications done by the research team, but using an intuitive program that weighs individual client inputs against known fundamental contributors to impact injury leads to better products, faster.

Major advantages to using a predictive model for answering these types of impact safety questions:

Through applying smarter solutions to today’s safety problems in automotive, military, and sports, better equipment and materials are made possible. Directing design recommendations through predictive modeling and constant innovation is part of how Windpact remains a consistent champion for better science underlying impact mitigation. Developing better products culminates in innovative solutions like that Crash Cloud unit, and our proprietary database of foam configurations. 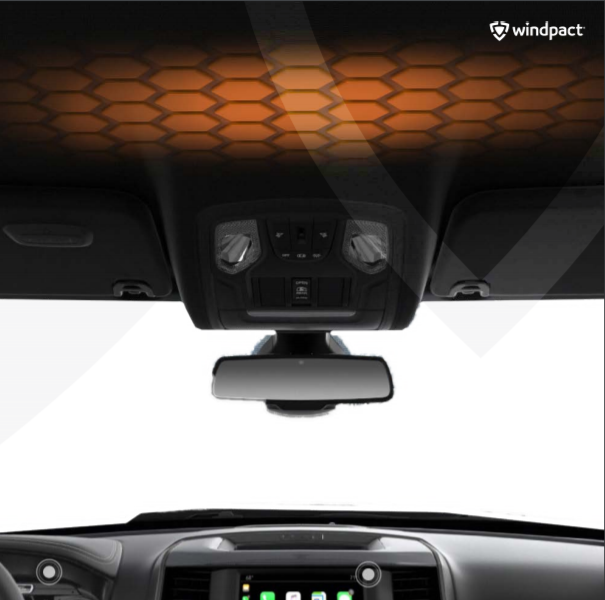